(Solved): Silicon Dynamics has developed a new computer chip that will enable to begin producing 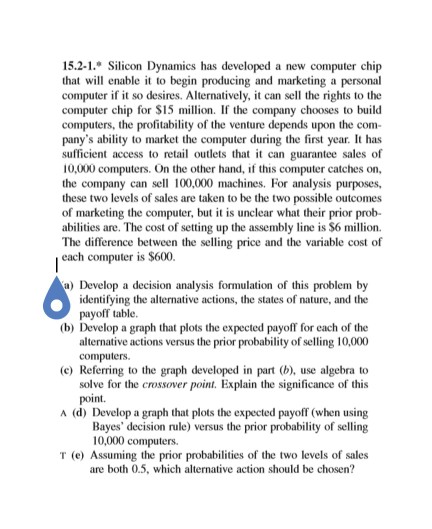 Silicon Dynamics has developed a new computer chip that will enable to begin producing and marketing a personal computer if it so desires. Alternatively, it can sell the rights to the computer chip for $15 million. If the company chooses to build computers, the profitability of the venture depends upon the company’s ability to market the computer during the first year. It has sufficient access to retail outlets that t can guarantee sales of 10,000 computers. On the other hand, if this computer catches on, the company can sell 100,000 machines. For analysis purposes, these two levels of sales are taken to be the two possible outcomes of marketing the computer, but it is unclear what their prior probabilities are. The cost of setting up the assembly line is $6 million. The difference between the selling price and the variable cost of each computer is $600. a) Develop a decision analysis formulation of this problem by identifying the alternative actions, the states of nature, and the payoff table. (b) Develop a graph that plots the expected payoff for each of the alternative actions versus the prior probability of selling 10,000 computers. (c) Referring to the graph developed in part (b), use algebra to solve for the crossover point. Explain the significance of this point. A (d) Develop a graph that plots the expected payoff (when using Bayes’ decision rule) versus the prior probability of selling 10,000 computers T (e) Assuming the prior probabilities of the two levels of sales are both 0.5, which alternative action should be chosen? 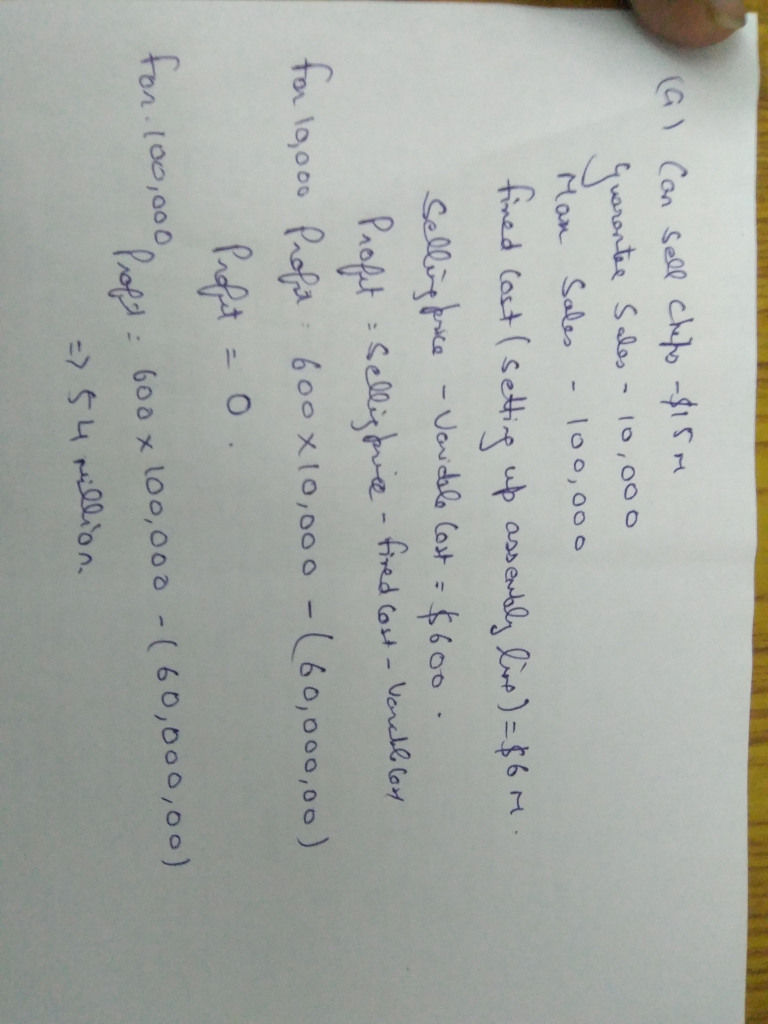 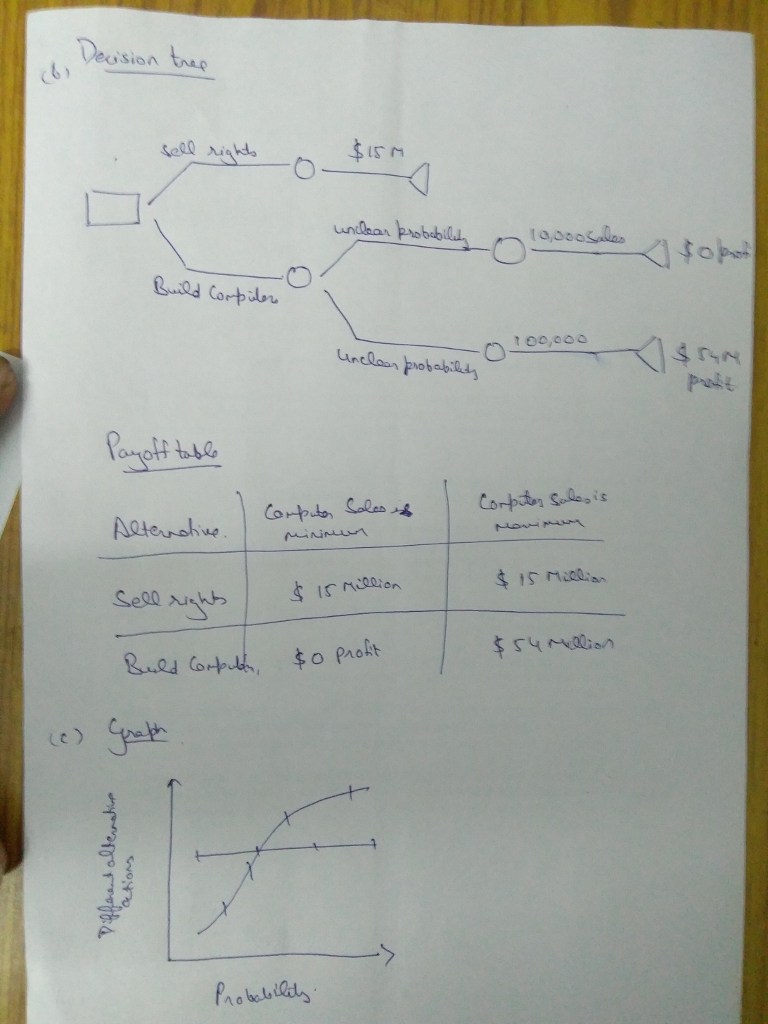 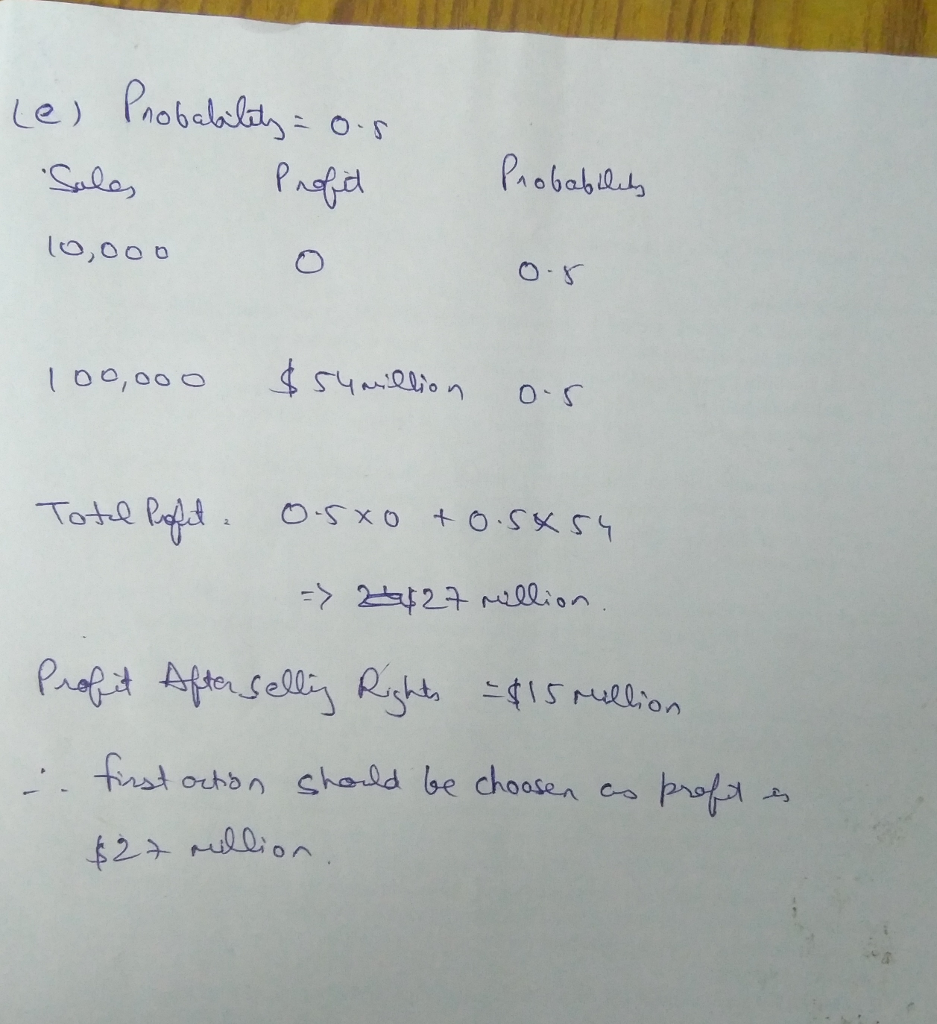