Write a MATLAB algorithm and scripts to solve the following question(suggested variable names in brackets):

Using for loops, write a script which counts for a vector v (ask user input by asking how many numbers and then asking for each number one input at a time) how many times each element exists in the vector. Display the result as a well formatted table also using a for loop.

Please find below the solution for above problem: 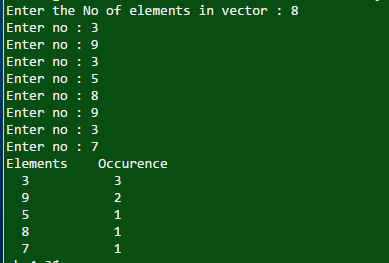