The Fibonacci sequence defined by

where the Nth term, is given by

As N increases, the ratio of two adjacent terms in the sequence approaches The Golden Ratio, ϕ:

Write a function that accepts a single input that is the tolerance, TolGR for the Golden Ratio calculation. Use a loop to generate Fibonacci numbers until the error in subsequent calculations of ϕ, defined by

is less than or equal to TolGR. Your function should output three scalar values, in order:

The final value of the Golden Ratio (a double precision number) 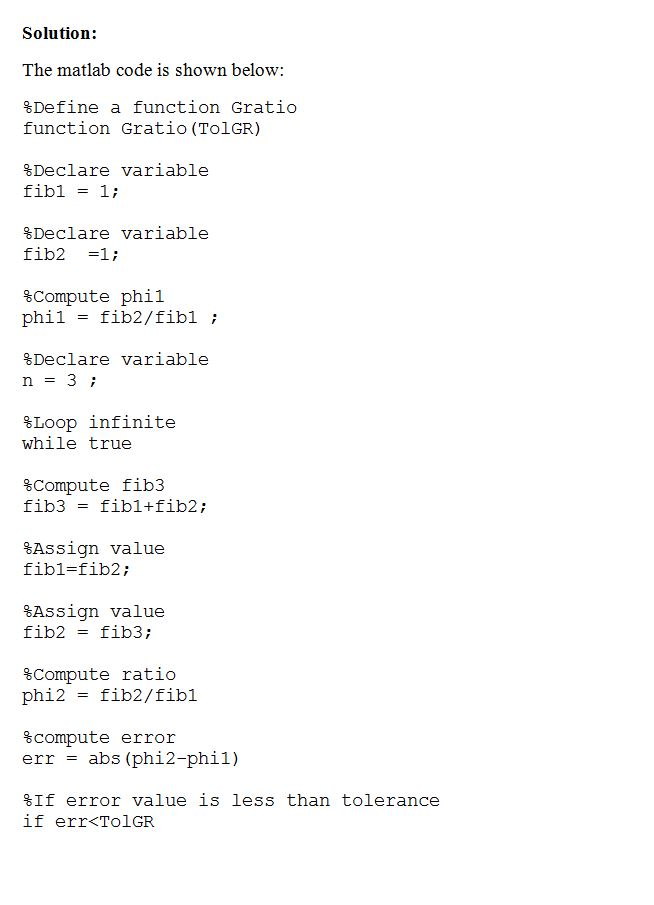 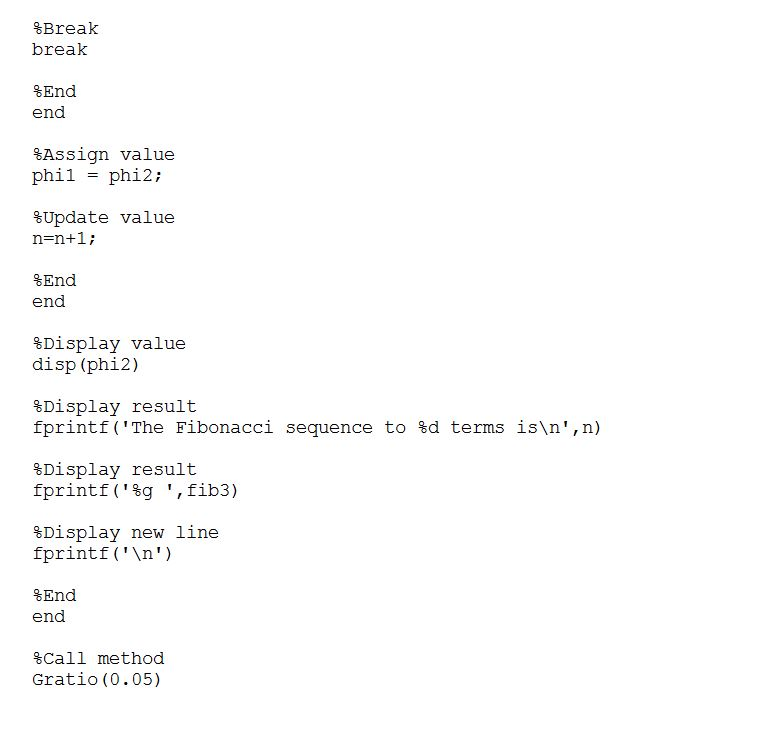 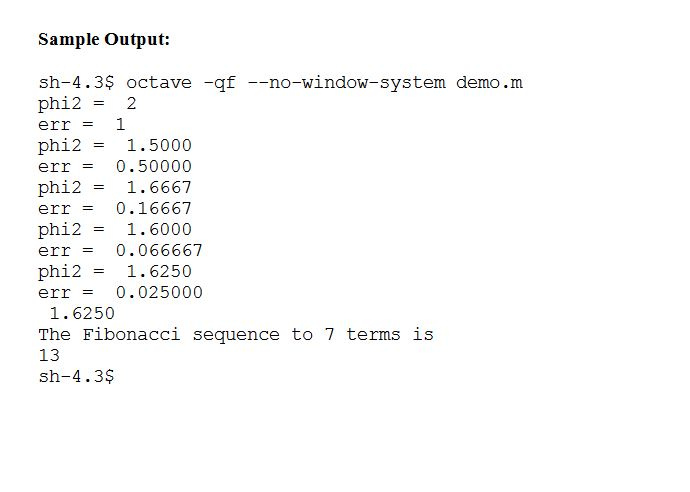 %If error value is less than tolerance