(Solved Homework): 1. Classify each of the following statements as true or false: a. Allocation of contiguous disk space for a sequential-

b. Cycles in the directory structure create diffi- culties with the file deletion operation.

d. The purpose of the file control block (FCB) is to facilitate a file open operation; the FCB can be deleted immediately after the file is opened.

e. When a file is closed after updating, the directory containing the file may have to be updated as well.

f. Maintaining a file’s file map table (FMT) in memory while the file is being processed reduces the number of disk accesses during file processing.

h. The effect of mounting a file system is similar to that of setting up a link in the directory structure, except that the effect is obliterated when the file system is unmounted.

i. When a user updates the data in a singleimage mutable file, changes made to the file are not immediately visible to users concurrently using the file.

j. When a fault occurs, a single incremental backup is adequate for restoring the entire file system to a previous consistent state.

k. Journaling incurs overhead during operation of a file system.

2. Classify each of the following statements as true or false: a. When parity bits are used for reliable recording/reading of data, an error correction code requires more parity bits than an error detection code.

b. Restricting the disk space allocation for a file to a cylinder group—which is a group of consecutive cylinders on a disk—reduces disk head movement while the file is processed.

d. Blocking of records speeds up processing of sequential files.

e. Buffering of records speeds up processing of direct-access files.

g. The physical IOCS provides a method to avoid the busy wait condition while a process awaits completion of its I/O operation.

h. If tx < tp, it is possible to reduce tw to tc through appropriate buffering and blocking.

i. Using a blocking factor of m reduces the effective I/O time per logical record by a factor of m. 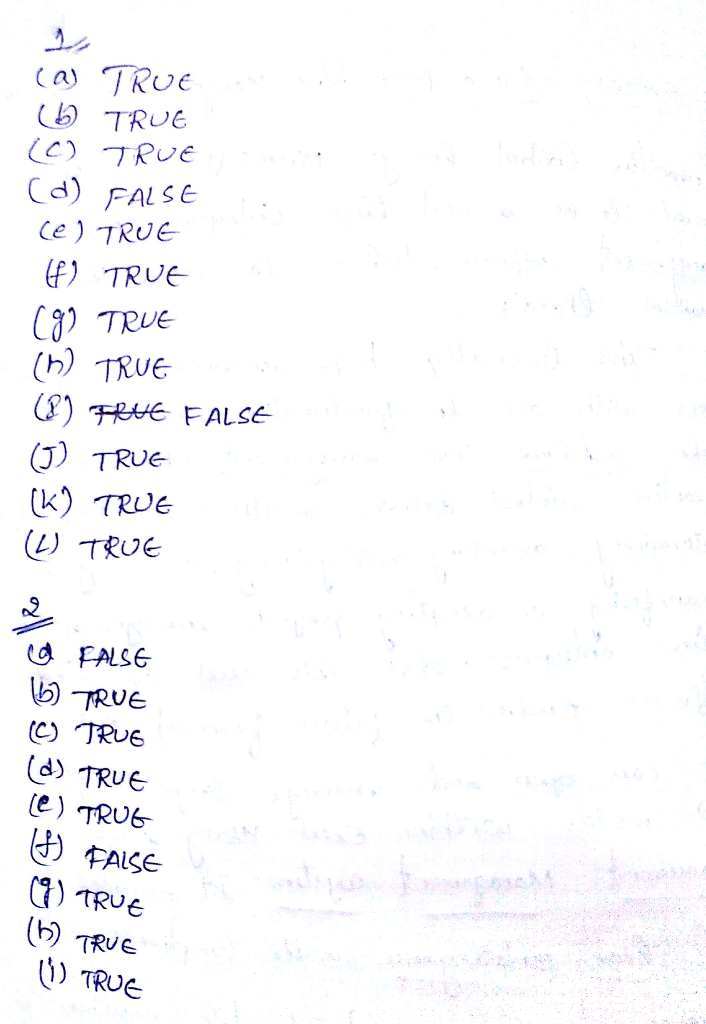