(Answered): Provide complete mechanism for the following reactions then explain why different products… 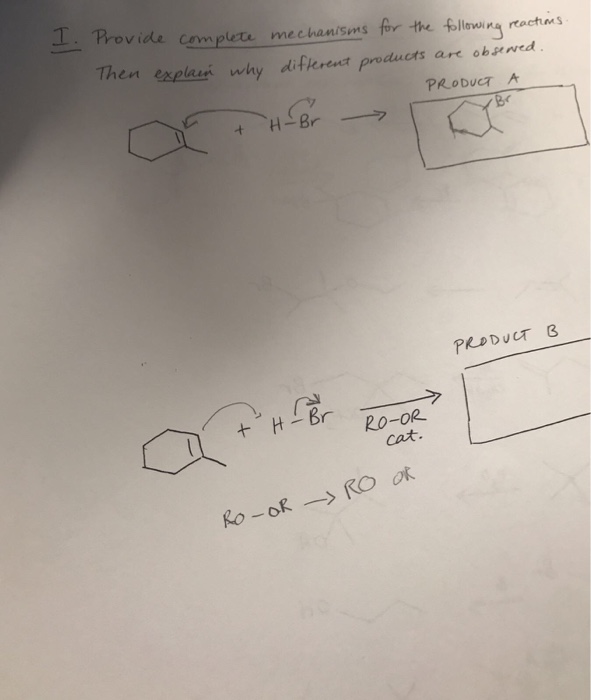 Provide complete mechanism for the following reactions then explain why different products are observed.

(a) In here, the first step is alkene double bond attacks H-Br to generate a stable carbocation which then reacts with nucleophilic Br radical. Thus more substituted bromo product is formed. Carbocation is electron deficient so tertiary carbocation is most stable.

(b) In here the first step is formation of a stable radical intermediate by reaction with formed bromo radical species which then reacts with another mole of HBr in a radical fashion to form product B. Radical is electron deficient so tertiary radical is most stable.